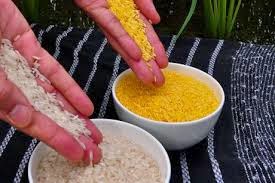 No one died in a car crash before the car was invented. So where are the meetings to discuss banning cars to prevent car accidents?
When it comes to keeping our food system safe, this is precisely the thinking of organic activists who oppose the use of genetically modified organisms (GMOs). Unlike the automobile, GMOs have never caused a single death or illness. But this vocal minority wants them banned… just in case.
The French tried banning dynamite (TNT) in the late 1800s… just in case.
In spite of the fact that unstable nitroglycerin – the key ingredient in TNT – becomes completely stable when mixed with Alfred Nobel’s patented clay mixture, French politicians invoked the “precautionary principle” and created L’Administration des Poudres et Saltpetre which ensured no one would use TNT anywhere in France.
And it led to Napoleon III’s defeat at the Battle of Sedan in 1870 where Prussian soldiers deployed TNT against hapless French soldiers who were stuck with old-fashioned gunpowder.


Ahh… bureaucracy at its best.


Following historical suit, French politicians today are every bit as precautious, putting France at the head of the global-organic anti-GMO movement. But what’s really surprising is the GMO industry’s response. Executives at the helm of every biotech company, every farm bureau and every commodity group are listening rather intently to the very people who seek to put them out of business.


The most blatant example is the biotech sector’s favorite go-nowhere meetings in Washington DC: the Advisory Committee on Biotechnology and 21st Century Agriculture (AC21). Established over a decade ago during the Bush Administration, these meetings have focused of late on just one thing: how to “protect” organic farms from GMOs, with nary mention of the fact that GMOs pose no risk whatsoever to organic crops, which of course explains why certified-organic farmers and GMO farmers have been farming side-by-side for two decades now without incident.


There was a glimmer of commonsense when President Obama’s Secretary of Agriculture Tom Vilsack suggested organic farmers could buy insurance to protect against GMO “contamination,” again, in spite of the fact that there’s no such thing. He said, in essence, If you want protection from something that scientists and the federal government say you don’t need protection from, then go to the private insurance market and buy insurance.


Think of it like a tennis star insuring his arm or a Hollywood starlet insuring her legs. You can insure anything on the private market.


But the problem with Vilsack’s “solution” – besides the fact that no self-respecting American organic farmer would bother buying such insurance – is that it provides tacit recognition of activists’ claim that GMO pollen drifting onto organic crops constitutes contamination. Even if handled by private insurers, the very suggestion of such a scheme from a high-ranking cabinet member implies that GMOs are indeed a problem, a BIG negative; something that organic farmers need to insure themselves against!


The message embedded in Vilsack’s proposal is that a GMO crop growing next to an organic crop is akin to a hailstorm on the horizon or a plague of locusts. It’s like getting a restraining order preventing someone you despise from coming within 150 yards of you even though that person has never so much as threatened you. Who will bother finding out the facts behind your relationship with this person when a restraining order tells them all they need to know? Clearly you’re the victim.


But rather than object, GMO executives went a step further. They got Republican Mike Pompeo to draw up a GMO labelling bill in Congress which, they hope, will be their industry’s salvation by providing for voluntary GMO labelling which will put a stop to all the mandatory labelling schemes like the one that Democrat Barbara Boxer tried to pass last year, or that is now law in the state of Vermont. And the way Pompeo’s bill will work is by establishing – for the first time ever – an allowable threshold-limit for GMO contamination in organic crops of 0.9%.


Hang on. There’s no such thing as contamination of an organic crop by GMOs. So, excuse me all you highly paid GMO executives, but isn’t this a huge step backwards?


Either way, the nature of both of the “solutions” that have been arrived at in the pro-GMO offices of Sec. Vilsack and Rep. Pompeo – voluntary insurance and voluntary labelling – involve conceding to the anti-GMO organic activists’ unfounded claims that there is something wrong with GMOs, even though there isn’t, and these same activists already agreed to this when they got their own federal standards back in 2002.


It gets worse. Pompeo’s bill also adds a bevy of hoops for GMO crop-developers to jump through. Why? To satisfy the political demands of anti-GMO organic activists of course, along with bureaucrats and politicians in Japan, China and… wait for it… France. You can’t make stuff like this up.


Remember what happened to the healthcare insurance industry when they decided to play along with Obamacare? Pompeo’s bill will have the exact-same effect on America’s leading role in agricultural science, which is fine if you’re an executive sitting atop one or two of the handful of GMO crops already approved. Not so good if you’re a startup biotech company or an American farmer waiting for the next generation of GMO crops.

Unlike cars which can be dangerous, there has, as mentioned, never been a single example of GMOs causing harm to people, animals or the environment anywhere in the world. Genetic engineering is the most promising scientific advancement in farming since the development of the Haber-Bosch ammonia synthesis process back in 1917. No American should be ashamed of our leading role in developing this field of science.


But Hugh Grant, the chairman of Monsanto, the largest GMO corporation in the world, says he actually considered changing the company’s name back in 2002. It would have cost $25 million, so he decided not to do it, but now says this “was a big mistake.” A bit pathetic, what? Not a single illness or death and this guy thinks his company needs an alias?


GMO executives all wish they could change the channel rather than endure another tax-funded rant from their opponents. Thanks to the voodoo propaganda of a handful of organic activist millionaires, the public is now wary of this field science, right alongside the very people who should be its most vocal champions. 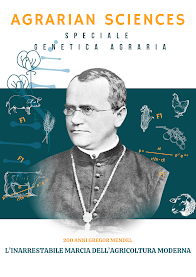 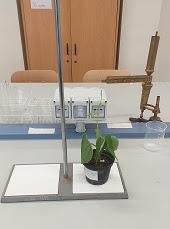 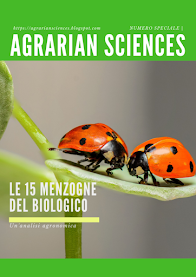